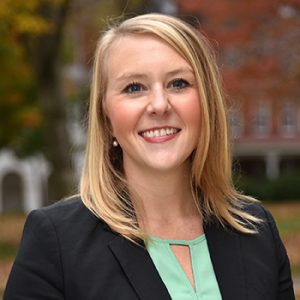 Ashley is a 2007 graduate of the University of Virginia. She joined the Hollins community in 2008, receiving her M.A.L.S. from Hollins in 2013. In 2016, Ashley earned an Ed.D. in higher education leadership and policy through Vanderbilt University’s Peabody College. Whether she’s picnicking on the parkway or floating on the James River, Ashley enjoys being outside with her husband and daughter, Lucy, taking in the breathtaking views of the Blue Ridge Mountains. Ashley is always excited to share the beauty of the Hollins campus with prospective students, and enjoys helping families discover staples of the Roanoke community, like the historic Farmers Market, local live music, and boutiques. 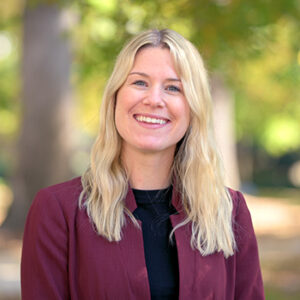 Madeline was raised in the Roanoke Valley and is a 2012 graduate of Roanoke College. She received her B.S. in chemistry with a minor in communication studies. She received her Master of Arts in Liberal Studies degree at Hollins. During her spare time, Madeline enjoys spending time with her friends and family, shopping downtown, and cuddling with her cats. Madeline is excited to get to know future Hollins women and show them the many opportunities that are available at Hollins. 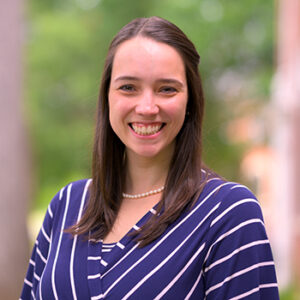 Maritza graduated from DePauw University in 2014 with her B.A. in sociology and has a deep appreciation for the liberal arts experience. She earned her M.A. and Ph.D. in sociology from Indiana University in 2017 and 2022, respectively, with a focus on the sociology of education. Maritza enjoys hiking in the Roanoke Valley with her family, walking her dog through Roanoke’s beautiful and historic neighborhoods, and baking sweets for friends and family. Maritza looks forward to helping future students find their place at Hollins. 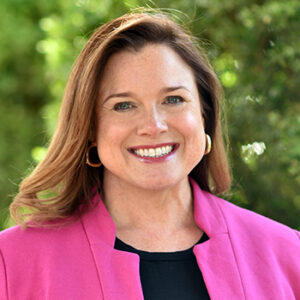 Kelly earned her B.A in religious studies from Roanoke College in 1999. In 2002, she earned her M.A.L.S from Hollins. After living in Connecticut and Shanghai, China, Kelly and her husband moved their family back to her hometown of Salem, VA, to settle down and be near family and friends. You will often find her carpooling her three kids around town and cheering them to victory on the baseball and lacrosse fields, basketball courts, and at dance recitals. She is excited to work with and welcome international students to Hollins and to the Roanoke Valley! 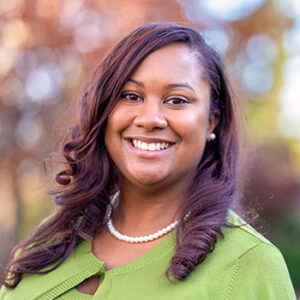 Shaunaray is a native of the Roanoke Valley and a 2012 graduate of Bennett College where she received her B.A. in business administration. Shaunaray attended the Global Leadership Institute at the University of the Virgin Islands during her undergraduate studies. While at Bennett, the student body presented her with the Leadership and Excellence Award to honor her dedication and achievements. In her spare time, Shaunaray loves spending time with her family, traveling, painting, and enjoying outdoor activities together. As a graduate of a women’s college, Shaunaray knows the value of what it means to be a part of such a special community. She is so excited to share this amazing feeling with future Hollins students and families. 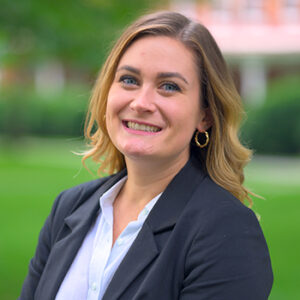 Alyssa hails from Sacramento, California. As a 2017 graduate from Westmont College, she received her B.A. in studio art while also competing in track and field and cross country throughout Santa Barbara and along the California coast. She deeply appreciates the academic rigor and close-knit community that her small liberal arts college provided her, which is why Alyssa is excited to be a part of Hollins University. Outside of her work at Hollins, she is a visual artist and a skilled painter. In her spare time, she enjoys spending time with her friends, exploring new cities, hiking around the Blue Ridge Mountains, and eating as much deep-dish pizza she can find! She is eager to share her newfound love of the Roanoke area with future Hollins students. 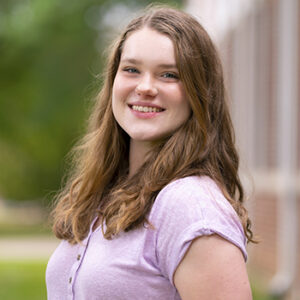 Originally from Zelienople, PA, Erin graduated from Roanoke College in 2021, where she received her B.A. in communication studies with a minor in religious studies. As an undergraduate student, she studied abroad in Ireland and captained the Roanoke College Dance Team. In her spare time, Erin enjoys dancing, reading, and catching up with friends and family. She’s excited to meet future Hollins students and share her excitement about a liberal arts education with them. 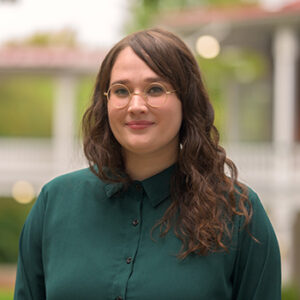 Saoirse, a Seattle native, moved to Roanoke to attend Hollins. In 2021, she graduated with a B.A. in political science and a minor in social justice. She enjoys exploring Roanoke’s wide variety of restaurants, cuddling with her cat, playing video games, and sewing in her spare time. As an alumna of Hollins, she is excited to share all that Hollins and its exceptional community have to offer future students. 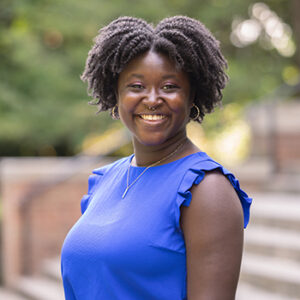 Alexia is a Memphis, TN, native and a 2020 graduate from the Dobbins Conservatory of Southeast Missouri State with her B.F.A. in musical theatre. When she was not on stage, she was actively involved on campus as a student director, choreographer, ambassador, and honor society president. In her spare time, Alexia enjoys aerial fitness, performing, and watching far too many cooking competition shows. Alexia’s so excited to work with future Hollins students who have a passion for the liberal arts in the beautiful Blue Ridge Mountains. 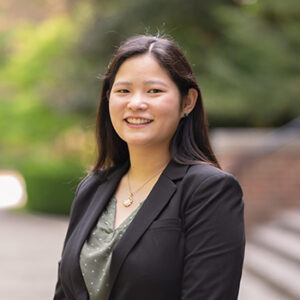 Ming is a 2022 graduate of Hollins University where she received her B.A. in communication studies and theatre and a certificate in arts management. When she’s not in the office, she can be found exploring Roanoke and taking photos for theatre companies. Ming is thrilled to further serve the Hollins community and share her passion for education. 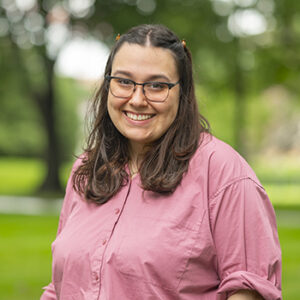 Lia graduated in 2022 with a B.A in psychology from Hollins, where she also minored in history. During her time at Hollins, she was an active member of the Student Government Association. In her free time, she enjoys reading mystery novels and working on cross-stitch projects. She is excited to share her love of Hollins’ beautiful campus and unique community with future students. 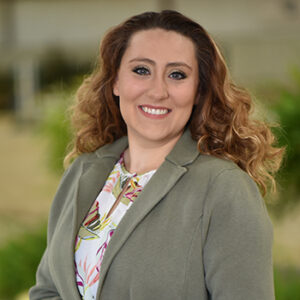 Margaret, or more commonly known as Maggie at the Hollins Riding Center, graduated from Maryville College in 2020 with a bachelor’s degree in business management. While in college, she participated in multiple different clubs, organizations, and sports. Some of her favorite memories involve being president of the Student Activities Board, vice president of the Student Government Association, and being a peer mentor. With Maggie getting her undergraduate education at a liberal arts college in the Appalachian Mountains, she genuinely appreciates and believes in all the opportunities that Hollins University has to offer students. When Maggie is not working, she enjoys reading, drinking coffee or tea, chatting with her family and friends, and spending time with an animal friend. As a disclaimer she likes to believe she is an animal and plant whisperer. 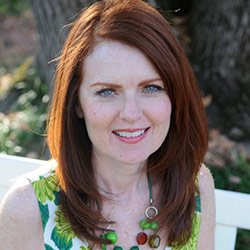