Because of my desire to bring moral theory into engaged action, I especially enjoy teaching applied ethics courses like “Environmental Ethics,” “Poverty and Human Capability,” and “Art and Authenticity.” Philosophy is about discovering the best way to live, and here is where the rubber meets the road. Not only do students learn moral theory, they develop tools of inquiry that can help them make important decisions and improve the quality and direction of their lives and this, to me, makes teaching worthwhile.

I am primarily interested in understanding tacit knowing (in epistemology) and emergent being (in metaphysics), and in developing what I call “emergentist ethics” (in moral philosophy).

This post-critical approach builds on the work of Michael Polanyi, Ludwig Wittgenstein, Alasdair MacIntyre, Charles Taylor, and Aristotle (among others), and corrects for a 400 year emphasis in Modern philosophy on atomistic analysis and ontological reduction, but it does so without veering into the postmodern pitfalls of extreme skepticism, uncritical dogmatism or unrestrained relativism.

Some of my work gets into the nuts and bolts of tacit knowing, some gets directly into the mechanics of emergent being, and some looks at how tacit knowing and emergent being relate to each other; but extending these conceptions from the philosophy of science to other areas of knowledge is where the real benefits of the approach best show. My most exciting research extends tacit knowing and emergentism into ethics, aesthetics, political society, and religion, and it adds new ways of understanding basic conceptions in those fields.

I am happy to be finishing a book project that brings together and develops two important postcritical perspectives: Charles Taylor, Michael Polanyi and the Critique of Modernity: Pluralist and Emergentist Directions (Charles Lowney, ed., Palgrave Macmillan, 2017). The goal of the volume is to show new directions for a post-Modern modernity, and it features two chapters by Charles Taylor. Here is what one reviewer has written:

“There are two main paths to the task of critiquing modernity, the deconstructive and the reconstructive paths. The authors of the essays comprising this book have wisely chosen the latter, and they do so with clarity, thoroughness, and insight. Professor Lowney should be commended for putting this collection together, as well as for writing several of the essays himself. Readers of this collection will be well rewarded.” 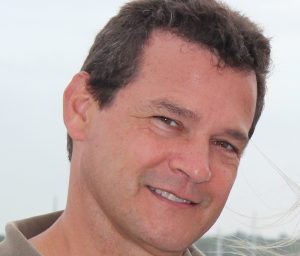