Chris Florio is a historian of the United States. His research and teaching interests span the eighteenth and nineteenth centuries and include intellectual and cultural history, the history of the U.S. and the world, the history of slavery and emancipation, and the history of capitalism. He is currently at work on a book project titled Poor Freedom: The Problem of Poverty in an Age of Slave Emancipation. On a transnational canvas that stretches from Philadelphia to London, from Barbados to Liberia, from Mississippi to Madras, Poor Freedom depicts how poverty left its mark on the world that slave emancipation made. In doing so, the book traces the historical relationship between slavery’s abolition and the emergent forms of racialized and global inequality that began to coalesce in slavery’s wake. An article stemming from this project was the recipient of the Louis Pelzer Memorial Award from the Organization of American Historians.

Florio has received support for his research from the Charlotte W. Newcombe Foundation, the Andrew W. Mellon Foundation, and the History Project at Harvard University. Before joining the Hollins faculty, he spent 2016-2019 as a member of the Society of Fellows in the Humanities at Columbia University. 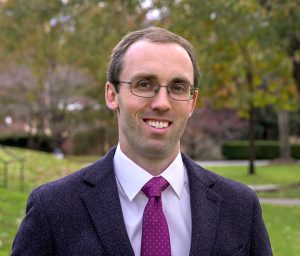