Darla Schumm received her B.A. in interdisciplinary studies with concentrations in history, psychology, and women’s studies from Goshen College, her M.A. in social ethics from the Pacific School of Religion in Berkeley, CA, and her Ph.D. in religion, ethics, and society from Vanderbilt University. Schumm’s current research focuses on intersections between religious studies and disability studies. She is the coeditor of Disability and World Religions: An Introduction, a textbook on world religions and disability. She has several published articles in this area. She enjoys traveling, knitting, reading fiction, and playing with her son in her free time. 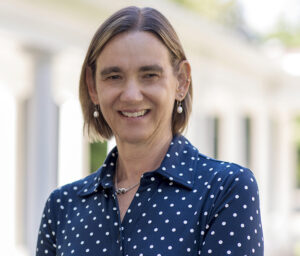