Emliee Dunton was named head basketball coach in September of 2018. Dunton took over the program after a successful three-year stint as head coach at Liberty High School in Bedford, VA.  She led the team to two conference championship appearances and was selected as the Conference 30 Coach of the Year in 2016.  Emilee is no stranger to the ODAC, having graduated from Randolph College in 2015. While a member of the WildCat basketball team, Dunton was a captain and a key part of a 2014 squad that tied the program record for wins in a season. She was an Academic All ODAC and VaSID Academic All State selection while competing at Randolph.  Emilee was on the Randolph College Dean’s List as well as a member of the Chi Alpha Sigma Student-Athlete Honor Society.

In her first stint as a coach in the collegiate ranks, Dunton will draw on her vast experience in the game. Dunton finished her high school career at Brookville ranked third all-time in VHSL for career assists and also played for the AAU Team Virginia program, coached by her father, that won two national championships  After high school, Emilee spent time at Longwood (DI) and Francis Marion (DII) before returning to Lynchburg to earn her degree and compete at the DIII level. She has amassed a network of respected basketball mentors from her own playing career in the region, her successful time coaching at Liberty and through her work at various basketball camps. 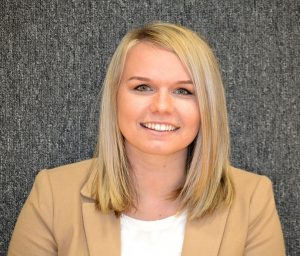