I love working directly with students in the classroom, and I consider teaching my most significant responsibility at Hollins. It goes without saying that I want each student to leave a class of mine knowing more about the subject matter than when they started. I aim to cultivate in them a love for art. Yet, I have a second set of goals that I pursue with all of my students: to develop critical thinking about visual culture, and articulate that through clear, persuasive writing and oral presentations. Art History provides a unique canvas upon which to cultivate these skills. By taking account of the fact that students approach this field from a variety of backgrounds, I design courses to facilitate the pursuit of their interests and also to encourage the exploration of less familiar aspects of visual culture. Students to learn to analyze and examine effects of artistic developments with consideration of how such shifts shaped and reflected contemporary changes. As students become more nuanced observers of the world around them, they begin to gain a deeper understanding of constructed spaces as places of encounter and solitude, places for politics and policies transformed by design, and, finally, places of representation.

My research has focused on correlations between painting and architecture during the 19th and 20th Centuries; as such, I have examined individual artists and architects as well as collective efforts, and analyzed works including paintings, drawings, photographs, architectural plans, and buildings. 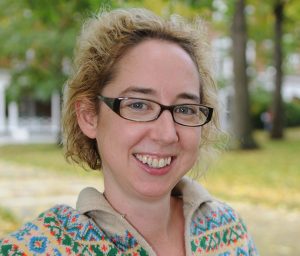