Professor Franko specializes in ancient comedy. His keen interest in drama has led to roles in the Forum Romanum (a Latin news program) and in the Hollins production of Plautus’ Menaechmi, as well as directing plays for the Virginia Governor’s Latin Academy.

He has published in leading journals of classical philology and makes a mean green salsa, though his salsa dancing still needs work. 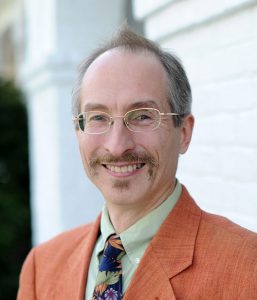