Karen Coats is director of the Centre for Research and Children’s Literature at Cambridge University in the United Kingdom, and professor emeritus at Illinois State University, where she received the 2016 Janice Witherspoon Neuleib Award for Outstanding Scholarly Achievement. Her many acclaimed works of scholarly criticism include the co-edited Handbook of Research on Children’s and Young Adult Literature (Bloomsbury, 2010) and the Children’s Literature Association’s 2018 Edited Book Award-winning Mothers in Children’s and Young Adult Literature, coedited with Lisa Rowe Fraustino (U Mississippi P, 2016). She is primarily interested in the ways children’s literature and culture instantiates and continues to inform a worldview at conscious and unconscious levels. She views children’s texts and critical theories as mutually informative insofar as even the most revered cultural critics and philosophers developed their aesthetic sensibilities and schemas through (often long-forgotten? repressed? integrated?) interaction with children’s poetry, stories, and images in picture books. 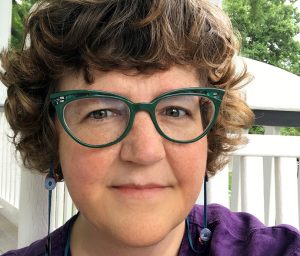