Marilyn Moriarty received her doctorate from the University of California, Irvine, with a dissertation on Shakespeare and a second emphasis in literary theory. She compiled the text of two Shakespeare plays for drama anthologies and co-edited a collection of essays on postmodern architecture. She is the author of Writing Science through Critical Thinking, a scientific writing textbook, and Moses Unchained, which won the Associated Writing Programs Creative Nonfiction Award. Her essays have been published in The Antioch Review, The Chattahoochee Review, Creative Nonfiction, The Kenyon Review, Raritan, River Teeth, and others. Three have been named “Notable” by editors of the Best American Essays series.

She won the 2014 Faulkner-Wisdom Gold Medal for the essay. Her stories have won the Katherine Anne Porter Prize, the Peregrine Prize for fiction, and the University of Utah novella contest. Her memoir, What a House Remembers, What a War Forgets, is due out in 2024. 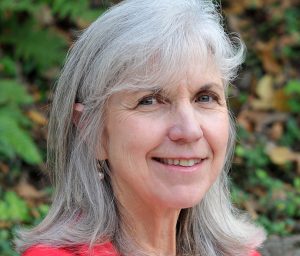