I’ve lived in a lot of places — Northern Virginia, Pennsylvania, Boston, Oxford, London — but I’m so happy to have landed back in Virginia and here at Hollins. As a scholar, I have at least two (overlapping) identities: literature specialist and medievalist. As a literature scholar, I love that I get to teach a wide variety of literary periods at Hollins, ranging from the the Middle Ages to the present, finding in every era the strange spells that language casts. As a medievalist, I grab every piece of cultural context I can to understand that language and to help me access a culture that is both similar and very foreign to our own. I think those skills — analyzing rhetoric, appreciating beauty, engaging with difference — are essential to life. 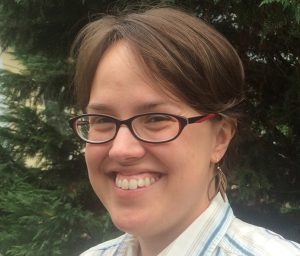