Nancy Ruth Patterson’s five novels for children have been honored on Master Reading Lists in 10 states, and three have been adapted and performed for the professional stage. Upon retiring after 33 years as a teacher and administrator with Roanoke City Schools, she joined the adjunct faculty of the University of Virginia, teaching graduate courses in literature for children and young adults as well as memoir writing. She has spoken at more than 500 national conferences and workshops and has written numerous articles on the craft of writing. At her 2002 induction into the Virginia High School League’s Hall of Fame, Patterson was cited as “one of the most sought-after writing teachers in the country.”

One of the most sought-after writing teachers in the country.

She says she considers her Hollins graduate students to be among the next generation of great writers for young readers and would love her class to be a footnote on that journey. 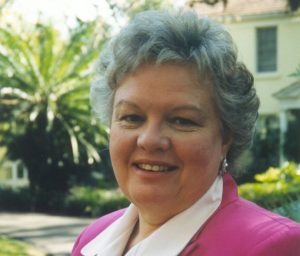